An interest group claiming a broad and diverse membership has petitioned the Pennsylvania Public Utility Commission (“PaPUC”) to issue a policy statement on how to recover the costs of EV charging stations in utility rates.[1]  The interest group, ChargeEVC-PA, includes entities ranging from environmental groups including Sierra Club and Natural Resources Defense Council, to EV charging industry members, electric cooperatives, and utilities alike.  In the Petition, the Group argues that now is the time for the Commission to act to ensure that Pennsylvania has a coherent policy that promotes and supports the adoption of Electric Vehicles (“EV”) by implementing policies (primarily utility rate structures) that encourage deployment of EV charging stations, both public and private.  The Petition claims that there will be 18 million EVs on the road by 2030 and that auto manufacturers now produce more than 90 EV models, and those numbers are expected to grow dramatically in the coming years to bolster the urgency of its request.  The Petition also notes the recently enacted Infrastructure and Jobs Act -- which includes $7.5 billion for EV charging infrastructure – positions Pennsylvania to receive at least $171 million to build out EV charging stations across the state’s high volume traffic corridors, as further impetus to promulgate a state-wide policy now.

On September 28, 2016, the Pennsylvania Supreme Court (Court) ruled[1] on a Commonwealth Court remand decision[2] of the Robinson Township 2013 Court decision,[3] where the Court held key provisions of Act 13[4] (the statute implementing major changes in Pennsylvania’s oil and gas laws and the ability of local government to regulate this industry) were unconstitutional (HMS Blog).  In the 2016 Robinson Township decision, the Court:  (1) upheld the Commonwealth Court’s holding that provisions related to Public Utility Commission (PUC) review of local ordinances are unseverable from unconstitutional provisions and thus unenforceable, and (2) held four additional provisions of Act 13, including the grant of eminent domain, unconstitutional. 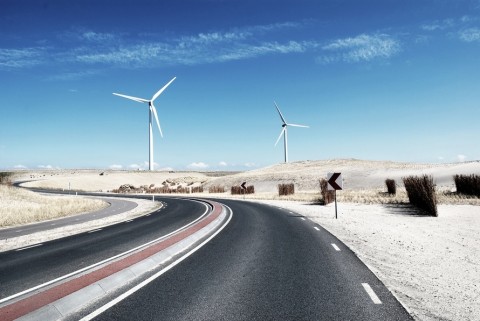 On January 2, 2014 the Pennsylvania Public Utility Commission and Department of Environmental Protection (“Applicants”) filed an Application for Reargument of Robinson Township,1 in the Pennsylvania Supreme Court, requesting reconsideration of the December 19, 2013 plurality opinion and remand to the Commonwealth Court for an evidentiary hearing and findings of fact.  The Applicants argue that the plurality of the Court, in applying its newly coined Environmental Rights Amendment balancing test, adopted novel and unsupported findings of fact, contrary to established Supreme Court principle against taking on a fact finding role in its appellate jurisdiction.  Robinson Township, et al., (“Townships”) answer that no disputed facts were necessary to the Court’s balancing test, and in the alternative, judicial estoppel precludes Applicants from requesting an evidentiary hearing because Applicants successfully argued in the Commonwealth Court that the Act’s constitutionality was purely a question of law.  Applicants also request remand to have the Commonwealth Court determine whether the unconstitutional set back provisions are severable from the rest of Act 13.