On February 18, 2016, EPA Announced its Triennial National Enforcement Initiatives (“Initiatives”).  The EPA issues these Initiatives once every three years in order to help “focus time and resources on national pollution problems” according to Cynthia Giles, assistant administrator for enforcement and compliance assurance at EPA.  The latest round of Initiatives will begin on October 1, 2016 and once again will list natural gas producers and water authorities as targets for EPA inspections and enforcement.

In a related Initiative, EPA is also expanding its existing Initiative relating to leaks, flares, and excess emissions from refineries. The full list of EPA’s new Initiatives can be found at http://www.epa.gov/enforcement/national-enforcement-initiatives

Despite acknowledging that natural gas is an important “bridge fuel”, (epa.gov/enforcement-energy extraction) the EPA believes that current techniques for extraction pose intolerable and significant public health and environmental risks.  Since 2011, the EPA has conducted more than 3000 inspections and evaluations that have resulted in more than 196 enforcement actions.  Part of EPA’s motivation for keeping Energy Extraction on the Initiatives is that the Department of Energy projects that greater than 20% of the total U.S. gas supply will come from shale gas by 2020.

In September 2015 as part of the previous triennial Initiatives, EPA issued a Compliance Alert because it identified compliance issues with storage vessels, tanks, and containers at onshore oil and natural gas production facilities.  The alert provided engineering and maintenance practices that could bring these facilities into compliance.  The natural gas industry’s rapid growth in technology and production has also kept this Initiative on the list because EPA fears that such rapid growth will lead some of the industry participants to take short cuts.

An integral part of EPA’s renewed focus on the Energy Extraction Initiative will be “Next Generation Compliance” or NGC.  NGC boils down to an increase in electronic monitoring and reporting in the hopes that non-compliance will be easier to detect and resolve.  But as EPA’s own, Ms. Giles, acknowledged “the most effective way to achieve compliance with the law is to make it easier to comply than to violate.”  So even before hi-tech monitoring and reporting equipment are implemented, the EPA regulations should be streamlined and redrafted so that compliance could be first more easily understood and second more easily instituted. 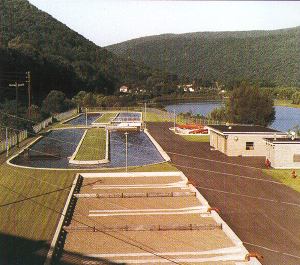 EPA is taking enforcement actions against municipal sewer systems where violations of the Clean Water Act are found.  Some of the major violations found at these systems were caused by stormwater runoff.  EPA’s enforcement actions seek to reduce the negative impacts of stormwater runoff through long-term agreements with system authorities.  Part of these long-term agreements contain “green infrastructure” improvements such as green roofs, rain gardens, permeable pavements, and revitalization of vacant lots.

Since 2011, the EPA has addressed over 850 water treatment systems resulting in over 60 enforcement actions.  Additionally, in 2015 there were in excess of 30 civil judicial consent decrees addressing combined sewer systems.

Because EPA believes that refineries and other industrial plants emit more hazardous air pollutants (HAP) then they report, this Initiative will be expanded from its earlier position in the last triennial Initiatives.  This Initiative will be expanded to include targeting large product storage tanks that treat, store, and dispose of hazardous waste.  Some of the largest sources of HAP come from leaking equipment and improperly operated flares at natural gas extraction points and refineries.  In the new Initiatives, the leaks and flares will be more closely monitored through NGC (new generation compliance) techniques.

Of all the Initiatives past and current, the EPA touts the reduction in HAP due to addressing illegal and excess emissions from leaks and flares at refineries as one of its most successful.  EPA has a track record of success under its enforcement agreements that includes:

No one appreciates over reaching regulation.  Hopefully the EPA will not use these new Initiatives to stifle competition or innovation or put onerous and unnecessary additional costs on companies.  Rather, EPA Initiatives should seek to level the playing field for responsible compliant companies.

By accepting you will be accessing a service provided by a third-party external to https://hmslegal.com/